I Fought the Bog and the Bog Won 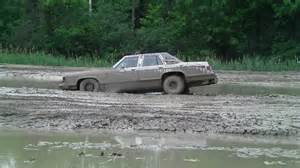 I FOUGHT THE BOG AND THE BOG WON

“We had a little car trouble"

The accounting rules that direct how income taxes are presented and described in audited financial statements are quite complex.  The person on the street might think all one does is look at a company's tax return and drop the tax due or refund owed number into the financial statements.  Unfortunately this would be way too simple an approach for the governing bodies to accept.  The rules are so complex that a professional can make a handsome six-figure salary by dealing exclusively with presenting income taxes on the income statement and balance sheet of audited entities.

Andersen required that the engagement partner or manager sign off on the tax treatment of income taxes before the auditors could finalize the financial statements.  Most of my audit mates wanted nothing to do with income taxes.  Some had enough knowledge to be extremely dangerous.  All hesitated to involve the tax teams because they knew the tax person would hit their charge numbers for every minute incurred reviewing the accounting treatment of income taxes.  For a tax person nothing was sweeter than an audit charge number.

Personally I always enjoyed reviewing the income tax provision.  It usually meant a day or two away from the office, a nice lunch or dinner (or both) courtesy of the audit team, and sometimes a brief out of town trip depending on the client's location.  Also, it was a chance to meet with the client and flaunt the fact that the client was usually friendlier towards the tax side of the house.  The audit teams generally liked to control the client relationships.  The tax guys and gals never missed an opportunity to remind the auditors that we were client advocates and they but a necessary evil.

In the spring of 1995 my accrual review services were needed at OilCo, a small oil and gas exploration and production company.  OilCo began its life in Denver but then moved to Houston to be closer to the pulse of the industry.  OilCo was a bit of a problem client.  A very spirited and sometimes difficult CEO and a smooth-talking and nontransparent CFO kept us on our toes.  I had advised on numerous complex tax reorganizations for OilCo.  Let's just say that the complexity/size ratio was way off the charts for this client.  I was never really sure if the Denver office maintained service to OilCo because the customer wanted the continuity or if the powerful Houston office politely passed them off to us.

I boarded a plane on Wednesday afternoon and tucked myself into my hotel bed in Houston by 10:00.  I  planned to get to the client office by 8:00, perform my review, discuss my conclusions with the audit team over lunch, come back and meet with the CFO to address any questions he might have, and depart OilCo with plenty of time to catch my flight back to Denver at 6:00.

The OilCo office was located in a section of Houston called the Woodlands. The Woodlands is in fact a forest in the middle of a bustling metropolis:  A master-planned (the chamber of commerce's words not mine) development including office buildings, residential, retail and entertainment located within  a seemingly endless set of similarly named concentric circles.  In an era before Garmin and Google Maps I hated navigating around in the Woodlands.

Eventually I did find the four-story structure that housed OilCo.  I went to OilCo's suite and asked the receptionist for Carmen Natoris, the audit engagement manager.  Carmen was a very capable and good-spirited professional.  She did her job well without the life or death ethos that some in the audit division carried around like martyrs.

"So are you leaving tonight?" she asked.

"Yeah, It should really only take me a couple of hours to get through this.  Just a matter of verifying the operating loss and attaching a valuation allowance to the whole thing.  I am sure Jack will plead for some kind of tax benefit, but I don't see any argument for that position."  This is tax geek lingo for saying OilCo was losing money and I didn't expect them to be profitable any time soon. Jack McKinley was the OilCo CFO.

"OK, be gentle on my charge number, as you can imagine I don't have a big budget for this."

"No more than six hours, I promise."

With that Carmen went to reconcile cash or whatever it is auditors do and I plowed into the tax accrual provision.  By 11:30 I had completed my review:  No surprises.  Just a big operating loss that would not receive any tax benefit until we could conclude OilCo would be in a position to generate taxable income.  I tracked down Carmen and asked if she wanted to grab a quick lunch so we could review the tax provision internally before we discussed it with Jack.

"Sure, let me round up Greg and Steve."  Greg Cragen was the audit senior and Steve Striker the newbie audit staff person.  I always thought if you put another 150 pounds on Greg he had the skills to be a Chris Farley clone.  Steve was just a wholesome kid (at that time anyway) trying to do the right things and find his way in the Andersen world.  On the OilCo engagement Carmen and Greg were the adults showing him the way.  Or maybe not.

We had lunch at some BBQ joint.  I was the only one of the four wearing a suit and it took some focus to keep my attire intact.  We quickly moved through the tax provision discussion and moved on to other topics.

"How long have you guys been down here?"

"This is our second week" Greg replied.  "We should be done tomorrow."

"That doesn't sound all bad - two weeks in a glory spot like Houston."

"Please, what are three Colorado kids like us going to do for fun in Houston? We do have the course, though, for a little midday diversion."

"Yeah, we discovered this little backwoods course near the office where you can go crashing through the trees along this narrow path.  You are flashing in and out of the shadows.  It is pretty cool, like a little amusement park ride."  Greg was getting quite enthusiastic.

"Of course he does" Greg shot back. "What do you say John?  We have a half hour, let's go hit the course."

"I'm in."  I like to adopt a "when in Rome" attitude as much as possible. Besides, Carmen was on the hook for whatever antics Greg and Steve were committing.  For me, it was free entertainment.

We headed out of the restaurant and into the audit team's rental.  I don't remember the make and model.  It was a nondescript American four-door sedan without any off road pedigree.

Greg rode shotgun and Steve got behind the wheel.  We made a couple of turns that left me fully confused as to where we were.  We eventually turned into a field full of mud and straw and Steve gassed it.  "You will probably want to roll up your windows,” he shouted into the back seat.

An instant later we made an abrupt turn and started screaming down a narrow path bordered on both sides by thick trees and bushes.  There was a constant "thump, bop, thump, plop" directed at the body and windows of our chariot as we raced through the aptly named Woodlands.  We would occasionally burst into an opening, make a sharp turn, and then head down another narrow corridor.

Greg was right.  It was a wild little ride.  Responsibility be damned.  As we flashed through the brush and trees the sun flickered in and out like we were in a giant kaleidoscope. The only thing missing was Queen's Bohemian Rhapsody playing on the tape deck.  Steve seemed to know the whereabouts of an endless array of these tunnels.  I guess that is what a curious mind does with a couple of weeks in Houston.

Carmen reminded us that we had a meeting with our client in a few minutes.  With that Steve exited the last corridor and we started to speed across a field, presumably to head back to the office.  We had moved only a short distance into the clearing when the car started to sink and the wheels started to make that "whirring" sound as we sped in place.  Yes a muddy Texas bog had found us and we were not going anywhere.

"Hmmm" I said.  "Has this ever happened before?”

"Negatory" replied Greg.  "I guess we have been lucky."

"Well, we are late for our meeting and we need to get out of here.  Can you three big strong guys see if you can get is unstuck?"

Carmen made the above request with a straight face.  Yeah there were three guys.  But we were not a macho trio and our rental wasn't going to budge because of our efforts.

We made the obligatory show of rocking the car from front and rear.  Carmen got into the driver's seat and gave it a little or a lot of gas upon our haphazard instructions.  A couple of times we dodged mud shrapnel that came flying from beneath the tires.  It was clearly a lost cause.  We resigned ourselves to a walk back to the office and unanimously voted Steve to find a phone and a tow.  These were not the days of iPhones or even BlackBerrys.  I don't remember how far back the walk was to the office.  We  arrived back at OilCo about an hour late for the meeting, sweating profusely with mud caked on our shoes.

Carmen, Greg and I cleaned up a little in the restrooms and then headed to the conference room to meet with Jack McKinley.  Jack let us off easy:

"We had a little car trouble coming back from lunch.  The car stalled at the restaurant so we walked back.  Steve called a tow and is waiting for the truck.  We cut through some fields to try and shorten the walk back and got a little muddy."  I figured that should answer all his questions.

I addressed Jack's questions over the next hour and a half.  We did the typical song and dance about why there would be no tax benefit attributed to the losses.  Jack sighed his sighs and thanked me for flying out.

"Sorry to fly you out for just the day, but Carmen said you had to be the one signing off on the taxes."

"No problem Jack.  You know I always enjoy our visits and who can miss a chance to hangout with the audit gang."  He chuckled a little.  We shook hands and I got up and left the conference room.

Before I left I stopped in the auditor's room and said good-by to Carmen, Greg, and Steve who had by now made his way back from the "restaurant".  Carmen apologized for the misadventure, Greg tried  unsuccessfully to stifle a smirk, and Steve was working like any old afternoon.   Heck, for all I knew maybe this was any old afternoon on a slow day in Houston. 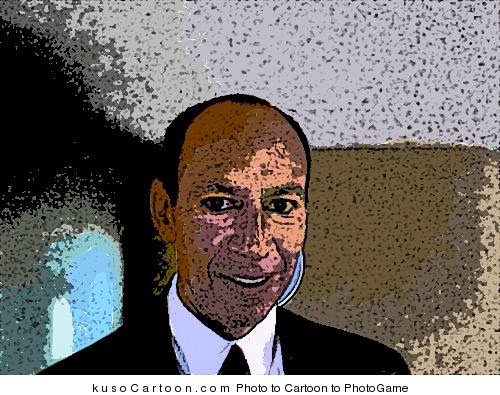